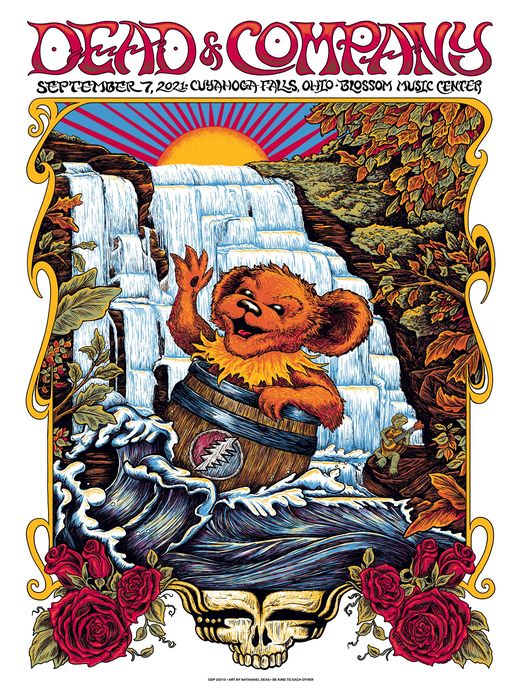 Reviewer: copernicus5 - favoritefavoritefavoritefavorite - September 13, 2021
Subject: This recording is Badass
Sooo glad you posted this. It sounds great!!! I think this show is thoroughly wonderful!!! Thank you. Especially Cassidy into Bird Song. I was there and after seeing around 30 shows w Jerry, and maybe just as many after - I’m glad to say that this show is top notch and top shelf Grateful Dead badassery!!…(only four stars because I do really love and prefer the quality of matrix recordings)
Reviewer: natwashboard - favoritefavoritefavoritefavoritefavorite - September 11, 2021
Subject: great recording/great show
I think this is the better of the two recordings that are currently posted. Full spectrum of sound with more bass than I remember in any of the four venues I just saw the band play. They do the Feel Like a Stranger we all expected on the east coast after a LTGTR that was the tightest and most soulful of the tour. Bobby is phrasing particularly well tonight as we hear in the masterful, understated Loser and later in what's probably the greatest version of Standing on the Moon. It is also understated, not one of those over the top versions and with Bobby phrasing it the way he does, the lyrics take on sharper meaning. The Fire on the Mountain is also wicked good, longer than the one from Saratoga and having more to say. The saga of the poor Viola Lee Kid acts as the centerpiece of the whole thing as maybe Loser is the centerpiece of set one. Picture a poor lonely skeleton in jail. Is there a U.S. Blues encore for this mutt? Sure hope so...